1. GENERAL
The Snowdon 7s event is organised by a dedicated S7 committee on behalf the North Wales Police Sports Association. The aims of the event are to encourage Fitness, Teamwork and Endurance consistent with safety in the mountains. It should be recognised that travelling in mountainous areas can be hazardous and competitors should not enter without giving due regard to this. Any team that does not include a competitor who has previously completed the event will be expected to evidence a level of ability on the entry form commensurate to the challenge

2. BRIEFING
A Team Safety Briefing will be held at 7pm the evening before the event at the Event HQs.  It is important   that at least one member of each team; ideally the team captain; attends (although it is recommended that every competitor attends this meeting).

Each team must nominate a captain who should be indicated as such on the disclaimer signed at registration (see 4 below)
Any late changes to rules and the course will be highlighted at the briefings (a map of the course will also be available to view).

3. EVENT HQ
The briefing will be held at event HQ (GR581599) and will be attended by the Race Director who is responsible for command and control of the event, and also has responsibility for making any changes necessary to the rules and/or route as in necessary in the interests of safety (this may also in extreme circumstances mean cancelling the event).

4. REGISTRATION
Team captains (or representative) MUST register at event HQ prior to 07.45 hrs on the race morning. This will require completion of an event declaration form, which lists the team members and must be signed by every member of the team intending to start the event.
This form is confirmation that the team members listed are taking part in the event. Any discrepancies could lead to unnecessary concerns/searches for that team/team member and as such failing to observe this rule will result in disqualification.

5. WITHDRAW OF TEAM OR TEAM MEMBER AFTER RACE HAS STARTED.

If any Team or Team member withdraws from the Race once they have started, they MUST report to the Event HQs asap once off the mountains, in order that the race organisers can record that they are safe.

6. THE COURSE & CHECKPOINTS
ALL checkpoints must be visited in order, ALL members of the team MUST report at each checkpoint together. Marshals WILL hold individuals at the Checkpoint as appropriate to ensure compliance (failing to observe this rule may also be perceived as a breach of rule 18, with the potential penalty).

7. TIME LIMITS
For the safety of competitors and marshals, cut off times will be imposed at certain points on the route, these will be firmly enforced. Cut off times may be altered due to weather conditions or the forecast. Teams will be advised before the start of the race if cut off times are changed.
Marshals will inform teams that they are being retired due to them being over the cut off time and competitors will hand their race numbers to the marshals to show that they are no longer part of the event.
FAILURE TO COMPLY WITH THIS REQUEST WILL RESULT IN TEAM DISQUALIFICATION.
Cut off points;

9. OPEN SECTIONS
Other than where the route is a controlled section, competitors may choose their own line between checkpoints.

Any disregard may incur time penalties (rule 16). At the request of the National Park, please do not train over the course route to avoid erosion where there is already heavy use by tourists.

Whilst it is appreciated that circumstances outside of the control of the team can lead to withdrawal of a team entry it must be appreciated that these fees are not used for profit and are fully utilised to fund the event. Regrettably therefore it will not always be possible to provide a refund of fees already paid. This decision will be dependent on when notice of the cancellation is received by the event administrator as follows;

Less than 4 weeks notice- No refunds/reductions can be promised*
*Where extraordinary circumstances exist (e.g. unplanned major operational demands) the event committee will consider applications for a full/partial refund or reduction in entry for the following year, but only after the event has been completed.

13. CATEGORIES OPEN EVENT
All teams are eligible for the Open Event.

14. DRESS AND EQUIPMENT
Competitors must wear suitable windproof/wicking clothing. Competitors are advised against wearing cotton garments (even over the top of suitable clothing) as they retain moisture, becoming heavy and wet and increasing the risk of hyperthermia.
Appropriate footwear must be worn; this includes mountain boots or recognised fell running shoes/boots. Flat trainers are not acceptable.
In addition, each member must either carry or wear:-
A suitable rucksack or bum-bag large enough to properly carry the following:-

* competitors starting the event in vests or T shirts will therefore also be required to carry two (2) long sleeved tops.
***The Registration/declaration form certifies that each team member is equipped as per the rules and is aware that participation is at their own risk.

Kit checks will occur at the Finish, and there may be spot checks en-route, any deficiencies in equipment will incur penalties (rule 16).

15. USE OF GPS
The use of GPS is considered to be contrary to the spirit of the event and the use to gain an unfair advantage would be subject to a time penalty (Rule 16). However, in the interests of safety teams will be permitted to carry such devices should they be required in an emergency. However, to ensure that such devices are only used in such circumstances the following restrictions will apply;

(Team members are also required to carry a mobile phone as an additional safety measure- but are reminded that coverage is not guaranteed along the whole of the course.  In the spirit of the event, these should not be used as GPS and anyone found to be using one in these circumstances will be subject to time penalties.).

16. IDENTIFICATION EN-ROUTE
Team numbers will be clearly displayed at all times to aid the job of the checkpoint marshals. At least one team member MUST have the team number displayed to the front. Numbers will be returned at the finish.

17. TIME PENALTIES
Time penalties will be incurred for the following infringements:

30 MINUTES PER ARTICLE PER TEAM.

Deviation from controlled sections, climbing walls or fences or disregard of Country Code.
30 MINUTES PER TRANSGRESSION.
Objections concerning any competitor(s) must be reported to the Race Organisers prior to 1800 hours on the day of the race.

18. METHOD OF WITHDRAWAL
Teams, or individual members, must report to the nearest checkpoint if any/all of the team wish to withdraw from the event.
If a team wishes to drop a member at a checkpoint, it is at the marshal’s discretion as to whether you may leave them there or not. The marshal will base their decision upon various factors such as the location, condition of the individual, weather, time of day, etc.
The marshal may insist that the remaining team take responsibility for their member for getting them to a different location (e.g. a different checkpoint) place where they can be safely left.
It is important that any withdrawn member or team  report in person to the event HQ so that it can be confirmed that they have returned safely, otherwise search and rescue operations may be wastefully started FAILURE TO OBSERVE THIS RULE WILL RESULT IN THE DISQUALIFICATION OF OTHER TEAM MEMBERS AND PROHIBITION FROM ENTERING IN FUTURE.
Where one of the team withdraws in accordance with the requirement above, the remaining three members may continue; however due to safety concerns, where two members withdraw the remaining two MAY NOT continue.
Any individuals insisting upon continuing alone or in a pair MUST allow the marshal to mark their number as withdrawn and acknowledge they will no longer be part of the event, and do so at their own risk. They will not be counted at checkpoints and will advise marshals that they are not part of the event to avoid confusion.
FAILURE TO COMPLY WITH THIS RULE WILL RESULT IN PROHIBITION FROM FUTURE EVENTS.
It is essential for team members safety that the organisers know who is left on the mountain, they also have a duty to be able to state to Mountain Rescue exactly who we have remaining on the mountain as part of our event.
We cannot stop individuals walking the route by themselves; so we would be grateful if you would please assist us in this regard.

19. CASUALTIES
Injured team members WILL NOT be left alone on the mountain. Where possible a casualty should be assisted to the nearest Checkpoint/First Aid post, where a team member MUST remain with them until assistance/rescue has been completed. Where the casualty cannot be moved, one team member MUST remain with them whilst the other(s) in the team report to the nearest Checkpoint/First Aid Post. FAILURE TO OBSERVE THIS RULE ENTAILS AUTOMATIC DISQUALIFICATION AND PROHIBITION ON FUTURE ENTRY.
Checkpoint/First Aid post marshals have the discretion to withdraw an individual from the event if in their opinion it would be unsafe to allow that person to continue.

20. DISQUALIFICATION
A team will/may be disqualified/withdrawn for breaching any of the following rules:

21. PRIZES AND CERTIFICATES
To qualify for placing, all four members of any team must finish together. Three members of a depleted team may finish the course together to qualify for a certificate only. Time will be taken from the last team member crossing the finishing line. All finishers MUST report to one of the event organisers (who will be wearing identification).
The presentation will occur at 1900hrs on the evening of the event, at a location to be notified. This will include a hot buffet.

22. DECISIONS
All competitors enter accepting that the decisions of the Timekeepers, Marshals and Organisers are final. 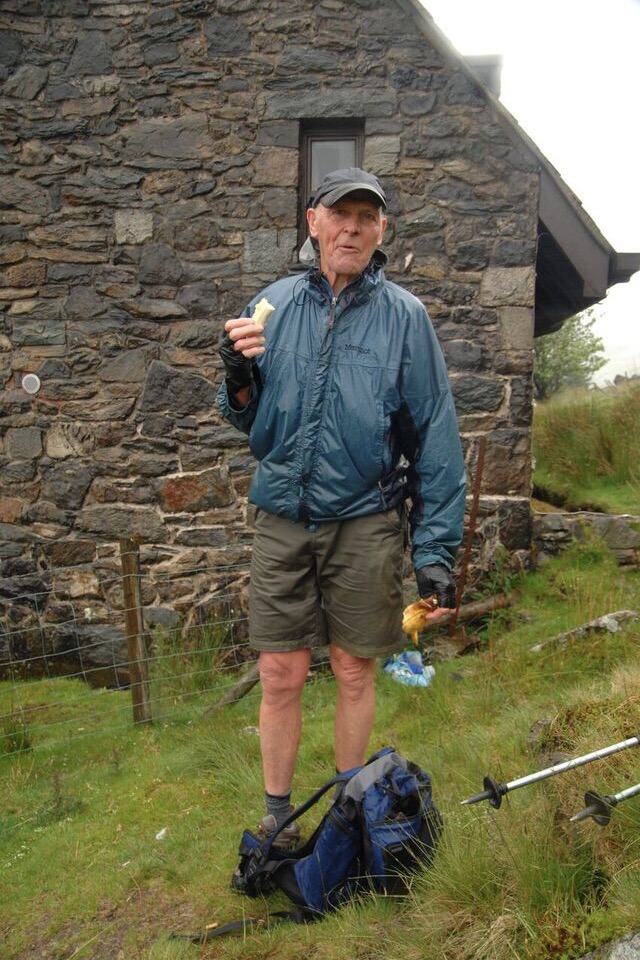 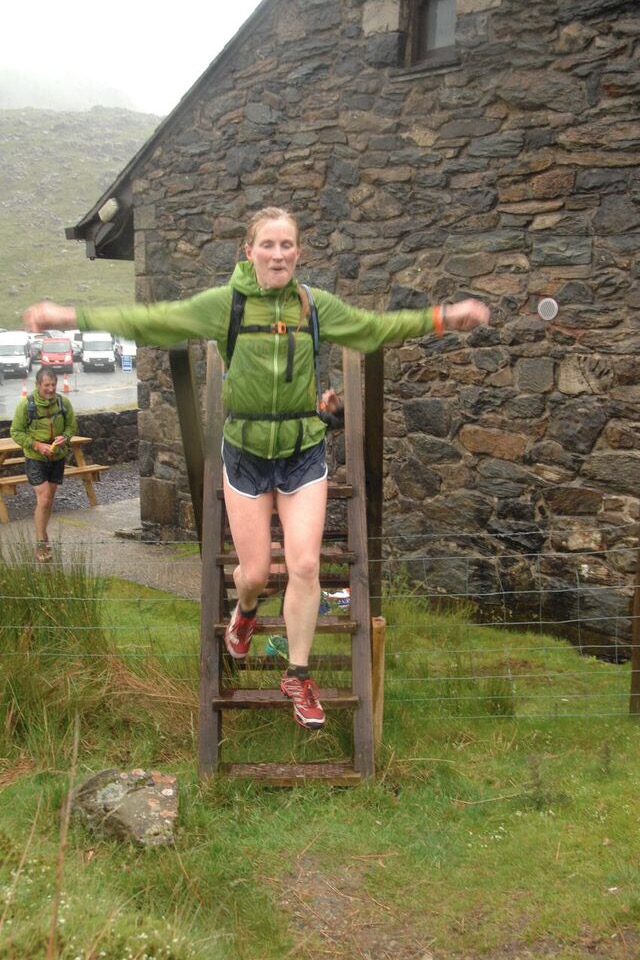 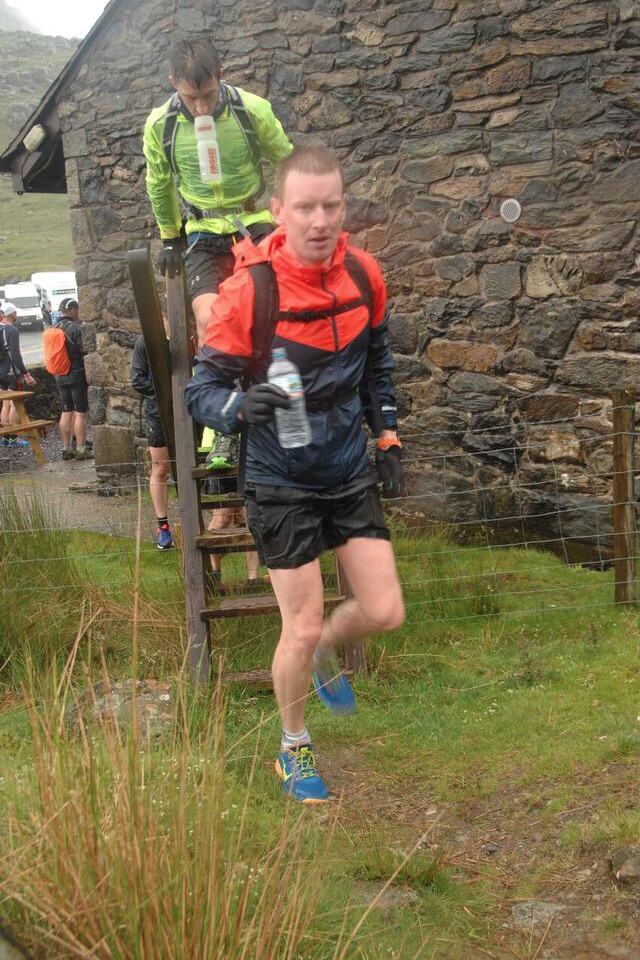 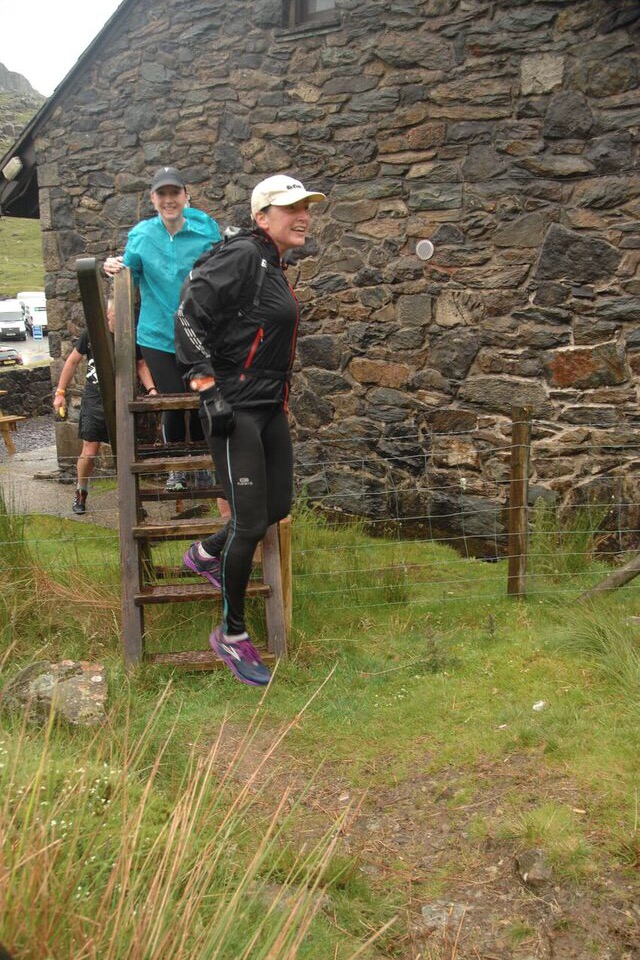 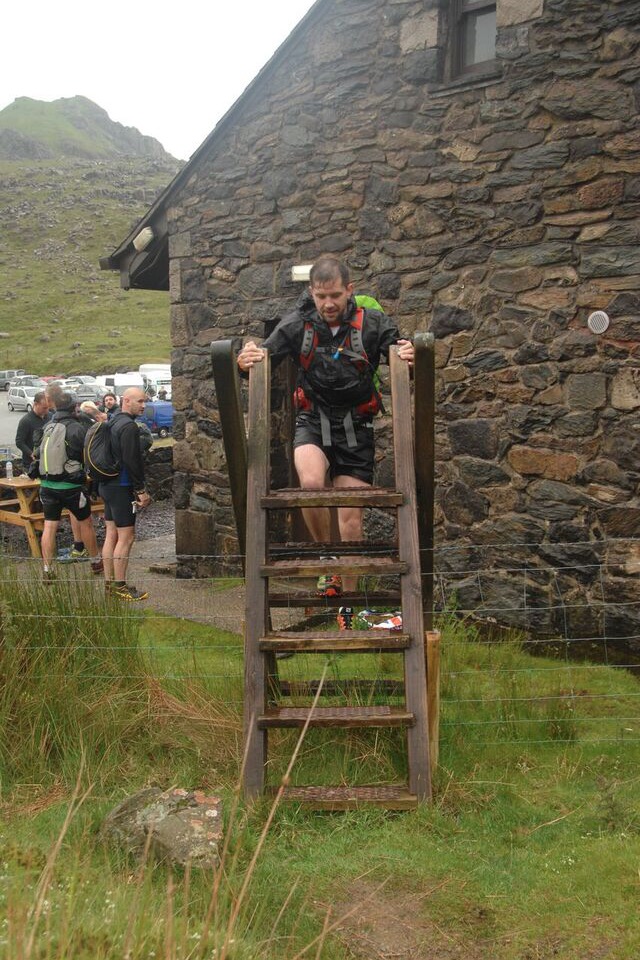 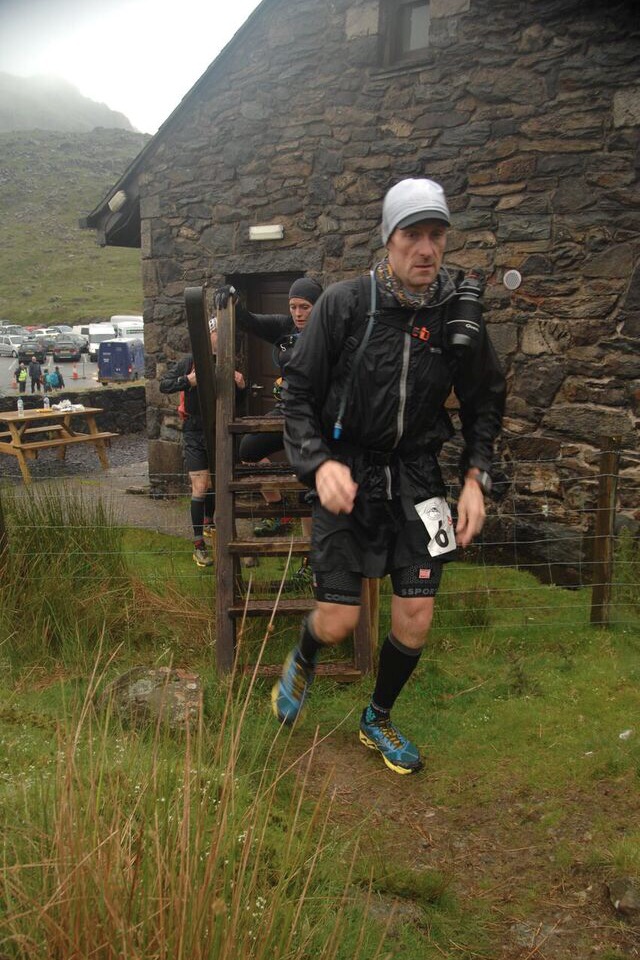 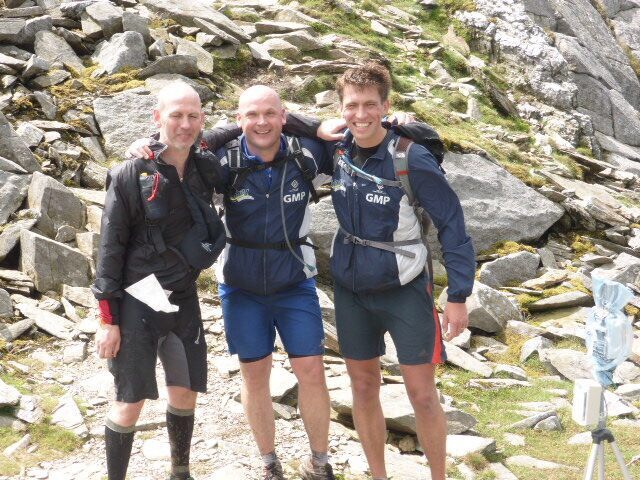 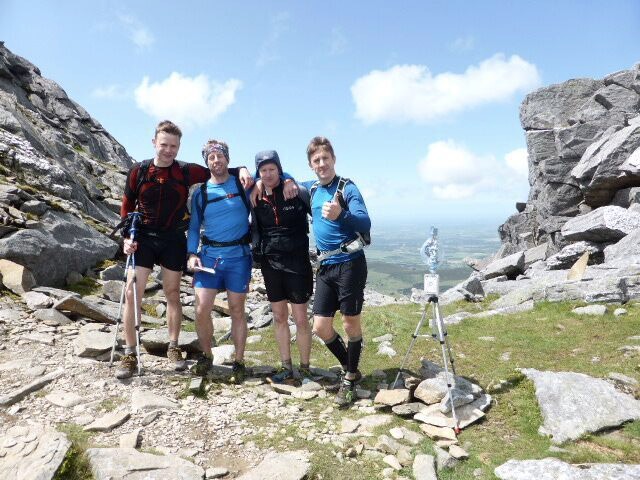 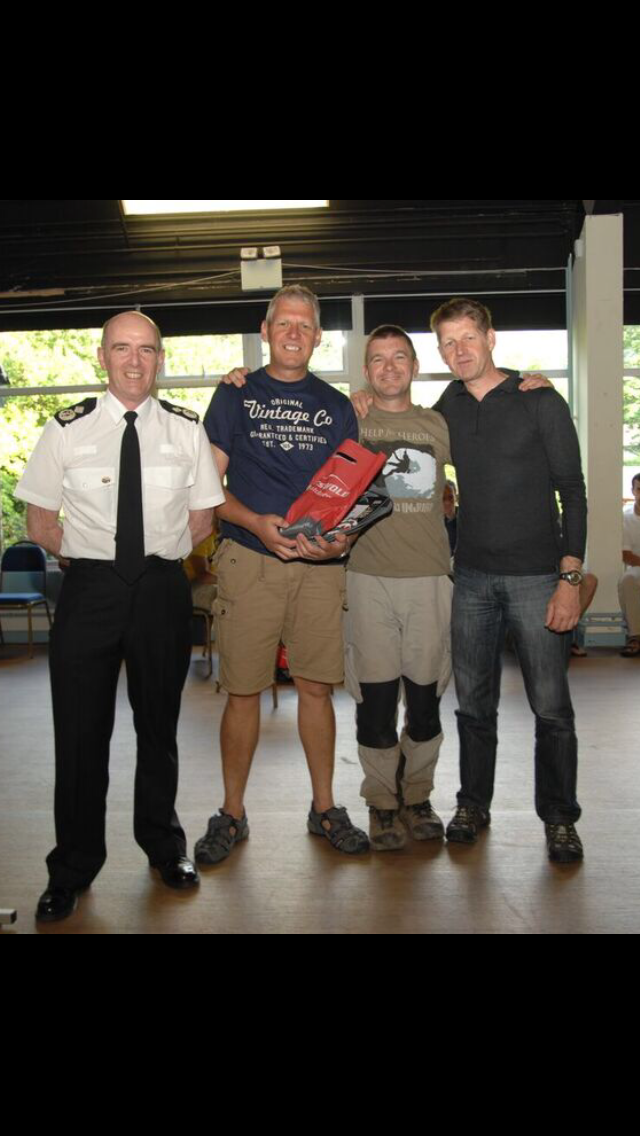 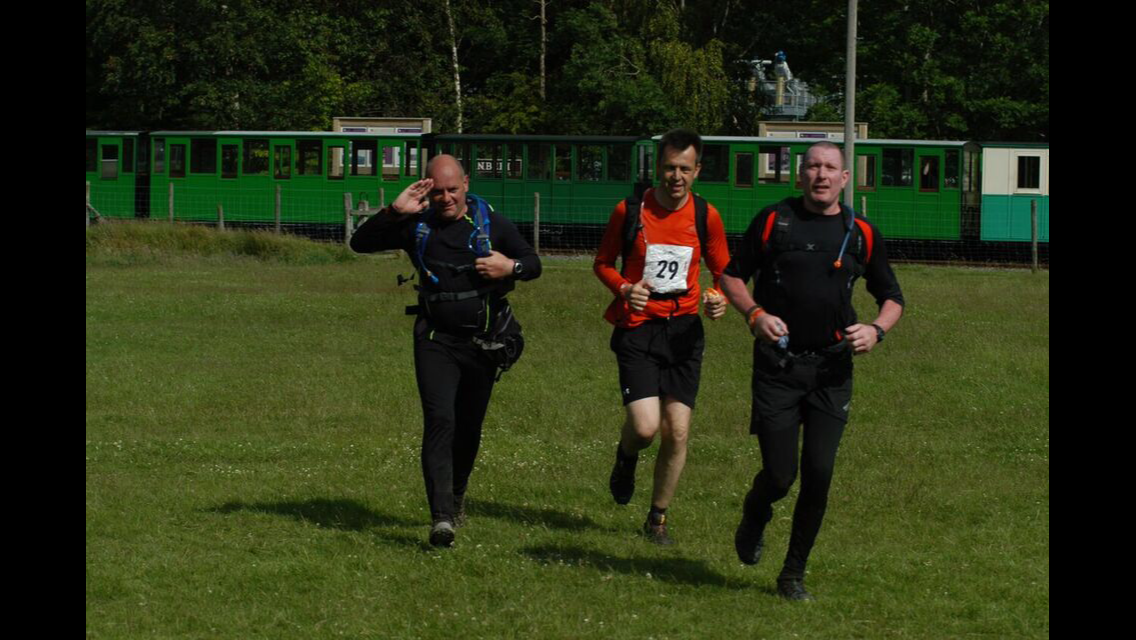